Finding deals on the internet has evolved massively over the last 15 years. Deal hubs like Slickdeals and Fatwallet dominated the market for years. While these sites have offered amazing deals for their era, the landscape has evolved.

Time is of the Essence

If you want to take advantage of the best deals, you have to be one of the first in line before they expire. It is not uncommon for deals to expire in seconds to minutes.

Playstation 5 has entered the chat...

PS5's are a perfect example. In 2020, the highly anticipated console would go on sale and be sold out seconds later. Wannabe PS5 owners had to change their strategy. In came Twitter handles like @PS5Sales (recently changed to @GYXDEALS) and @PS5StockAlerts. These handles posted to the second deals. They quickly accumulated hundreds of thousands of followers who competed to be first in line to scoop up the new console.

So Who are People Following for the Best Deals?

This guy has become an absolute behemoth, now nearing a million followers. Who is he? No one knows. Reddit users have compared him with Batman, protecting deal seekers like Batman protects Gotham City. One thing is for sure - he is making a killing off of affiliate marketing while his users get to the second deal alerts.

Cheap Ass Gamer has been around for years now and is one of the most followed. With nearly half a million followers, he produces many high quality deals that do not last long. Follow him closely. 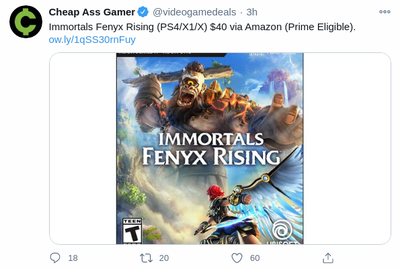